Looking back to once where we came from does not only make us learn and understand, it also makes us humble and grateful.  We see that there were once these great minds that built the foundations of the world and set the road for us. Without them, we can only imagine what we could be having right now. Continuing and improving what they started, learning from their mistakes and developing something new out of their ideas are manifestations of our humility and gratitude. We must not waste their efforts by being inert and contented of what we have now because of them. Thus it is of utmost necessity that we must know our history, for without the past, we will not have our future.

Studying the earliest historical and philosophical foundations of psychology made me see that some of them are in a way a foreshadowing of the future, because they can be observed in the lives of people and in the society today or perhaps it might be the that cyclical pattern in history that shows the trend where exactly are we headed.

There are even events transpiring today that have resulted to several social problems. If we are to look at the educational milieu here in our country, multitude of problems can be seen; lack of teachers, classroom, books, chalks, and students failing in the national tests; poor educational system resulting to poor education. Eventually this will contribute negatively to the development of our nation.

Even back in the days of ancient civilization, when school was not formally introduced to society, or at least not embraced by everyone, education was already seen as being important in an individual’s life if not to the society. In the ancient Greeks and Romans, education was already part of their lives; they incorporated to their teaching the ideas of early philosophers. Just like them, we see education as an integral part of being part of society, especially in entering the work force and to augment the quality of their life. And just like them, education is also not enjoyed by everyone today. There are children that are on the streets instead of being inside a classroom, some works through manual labor by collecting junks to help sustain their family’s needs. And to some extent this is also the same reason why the Romans did not embrace well education. They were more concern of practical living. Today, perhaps most Filipinos might be like the Romans; they are practical. They do not see the value of education anymore; perhaps they think that education is meaningless if they will die of starvation. This could also be explained by the early philosophical tenets of psychology; Environmentalism, mechanism and behaviorism, which basically tells that human factors are undermine by factors in the environment of interaction to those factors. Poverty is one undermining factor of desire for knowledge. While there are those who are challenged, many are weakened by poverty.

It will be not be good to talk about education without talking about the educators. Last October 5, 2011, the World Teachers’ Day was celebrated, probably all over the globe, of course. But pondering to the matter, I thought back to myself that perhaps there is little to celebrate for teachers all over the nation who have been going head-to-head with the farmers as to who has been showered with luck for the past years or who has been unlucky, and it’s quite hard to say. Teachers experience dramatic changes in their lives because of their vocation, some grows grey without even getting laid or married so to speak, some are abandoned by their wife/husband, because of their very busy schedule, or worse, shot to death by a student who has been scolded for not having a proper haircut. I believe that the plight of the teacher is directly equated to the plight of education. The matter of education is all a matter of teachers, just like farming is all a matter of farmers and law enforcement is all a matter of cops. If we want to address the issue of education, we have to address the issue of the teachers. As an educator and as a psychologist, seeing education is also a concern of psychology, I believe this problem needs to be taken seriously and should have been answered a very long time ago.

The teacher is overworked and underpaid, needless to say that most teachers are still contractual. Budget for education is not given highest priority, which is why teachers make the best out of the very limited resources such as books and chairs to fit them to the needs of their students, and not to mention the erroneous books utilized by students. It is not easy to alleviate the level of the teachers’ status in the society if they supplement their paltry wages by selling Avon products or longanisa and tocino to their co-teachers or worse, to their students. That is why it is not surprising that many teachers are going abroad or many supposed teachers are working, but not as teachers but some as saleslady. The teachers need to eat too. To have energy so they can work more.

This phenomenon is obviously a result of too much politics in the government. During the Roman period, two philosophies, the Stoics and Epicurianism, surfaced that stressed the idea of living simple and moderately. This probably surfaced because maybe most people then were not living life simply and moderately, considering that the Romans were concerned of living a practical and good life. Perhaps in our country, many powerful people in power lack the insight to also apply Stoic and Epicurianism in their lifestyle. Materialism in a way, might have driven them to corruption.

Those who suffer are the people who try to attain to live a simple life. It is time to give the credit back to the teachers. Maybe it is also right to say that teachers have given more guidance to our poor country compared to our politicians. They are the real living heroes of the country, those teachers who mold great people who changed history just like the early philosophers who also served as educators back then. The band Pink Floyd was right, we don’t need thought control, but they were wrong to say we don’t need education.

So as harbingers of the future, we are simply the ones creating also the next future so whatever is the plight of our education, it will also affect education in the future, just like the past affected us today, we must apply what we learn from the past, for we are both made by history and the makers of history. (This is one of the integration papers I submitted for my History and Philosophy of Psychology class) 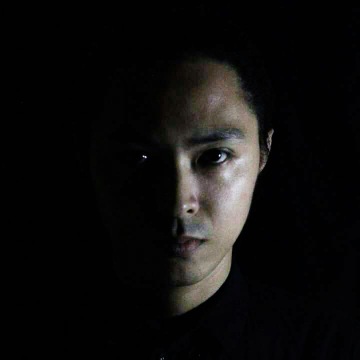